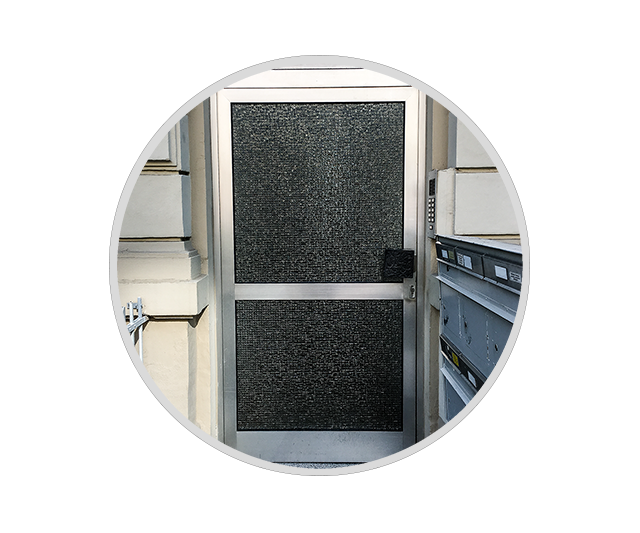 After more than six months, it is clear that Donald Trump does not have what it takes to be the President of the United States. If one week is considered his worst week yet, we can rest assured, that the next week will be even worse. We are caught in a storm of incompetence, chaos, moral abdication, whining, warmongering, and possible criminal behavior. I, for one, am exhausted. I do not need to see any more of this. I do not want to see any more of this. If a president is not able to draw a sharp line between himself and neo-nazis marching in the streets, it is time for him to go. That is why, I have decided to #ShowHimTheDoor. Every day, I will tweet a picture of a door to him, asking him to resign. I am beginning with the door to my appartment building:

Feel free to join me. Take a picture of a door, any door, tweet it to @realDonaldTrump, add the hashtag, and ask him to step down.