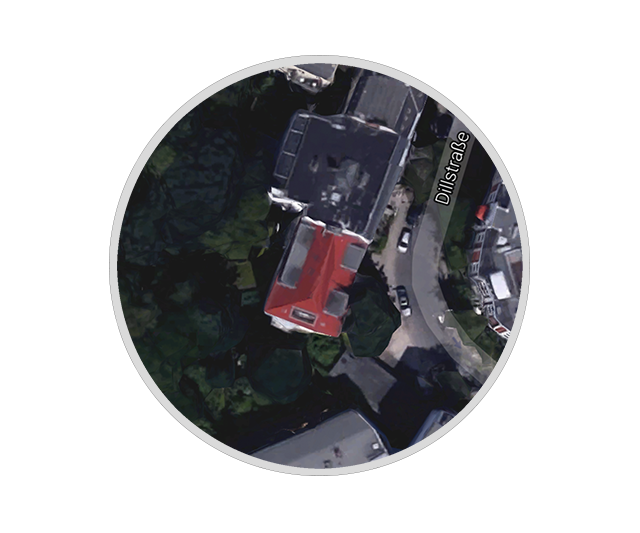 Dillstraße 13, Hamburg. On Google Earth you can see that the house at this address is different from the houses next to it. Its roof is red, while all the neighboring roofs are black. The reason for this is that this house was hit by a bomb in World War II. The bomb didn’t destroy the house outright but, instead, it started a fire that slowly burnt its way to the ground floor, where my grandmother used to live. At that time, she already had two kids and was pregnant with another one; my mother. The progress of the fire was slow enough, so that, with the help of her neighbors, she could safe some of her belongings. To escape further attacks on Hamburg, she then moved to Lüneburg, where my mother was born.

Now, did she deserve this? Did a pregnant mother of two deserve to loose her home and to be chased from her city?

One answer, clearly, has to be yes. She lived in a country that had attacked its neighbors and that was in the process of exterminating a large number of its citizens. My grandmother was guilty, and thus deserving of the bomb that hit her house, because she didn’t do anything to prevent this from happening. She didn’t participate in marches against the regime, she was no member of an opposition party, she didn’t say anything when her neighbors disappeared. Because she hadn’t done anything, she was part of this criminal Germany. When the whole was attacked, she was attacked too.

A bit of reflection makes it clear that the above answer is very troubling. What could she really have done? She was pregnant, she had to feed two young children, she was about to have another, and she had to do all of this on her own because her husband had left her. Not having a high level of education made earning money hard and it took up most of her time and energy. Politics was the last thing on her mind. On top of that, any sort of political engagement would have been extremely dangerous. Who would have cared for her family if she had been arrested? So, not only did she have to live a life in an oppressive dictatorship, she now also had to pay for decisions that were taken way above her.

Recently, it is us Germans who are prone to these kind of generalizations. When we justify the measures that we impose on the Greeks for example, we say that they mismanaged their money prior to the crises. They borrowed more than they could ever repay and because of that they deserve the harsh measures that Europe and the world are imposing on them.

As in the example with my grandmother there is of course truth in all of these allegations. Greece did borrow too much, Greece was not honest about the state of its economy, and Greece did not use the funds well. But, again, as in the case with my grandmother, this they now also includes people that surely have nothing to do with the crises. When the crises started, in 2010, a young adult now was a child then. She had no way of influencing Greece’s economic course. Yet, she is now part of them. She now has to face a situation where half the people her age will not find a job. The most important years of her life will be spent in developmental limbo because they did not do the right thing.

It is in Germany’s power to do something about this. As I have argued before (see here and here), Germany is partly to blame for the situation the South of Europe finds itself in. Let us look past the them. Let us think about those Europeans who look to Europe for a brighter future. Just looking at what they did produces too many red roofs.