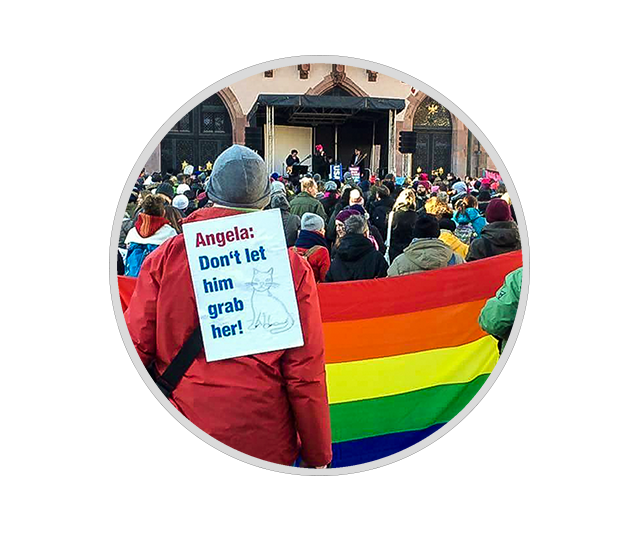 During the last election in the US it was expected that gender would play a role since for the first time it pitted a woman against a man. The role, gender ultimately played, though, was wholly unexpected. Instead of veiled sexism questioning the ability of a woman to lead the most powerful nation in the world we instead were reminded of how common sexual harassment still is in the lives of women today. It is still hard to believe that the person responsible for this change of emphasis was the Republican candidate himself. On tape he bragged about how his position of power allowed him to sexually assault women at will. After the tape became public several women came forward to ensure us that his words were more than just words. They were describing actual behavior.  The President of the United States assaulted women and bragged about it.

The President of the United States assaulted women and bragged about it.

This is important because sexual assault is still too common an occurrence for too many women. A good indication of how common it is can be found in the reaction to a tweet by Kelly Oxford. In it she asked her followers to tell her about their first sexual assault. Women replied in the tens of thousands; putting to rest the notion that sexual assault is a marginal problem that affects only a small number of women.

Which brings me to the first reason for why I am marching. An election that puts a man into the oval office who has openly bragged about sexually assaulting women might be seen as a vindication of this behavior. One might be inclined to say that it is ok to behave in this way. If the march has one message then it must this: no, this is kind of behavior is not ok. It is not ok to sexually assault a women. It never is.

We focused on our own development, we traveled, and we shopped. We cruised.

Another reason for why I am marching is that I feel myself to be part of a silent majority that has been silent for too long. The last 25 years have been an exceptional time to be alive if you were a member of the middle class in one of the western democracies. We enjoyed unprecedented peace, freedom, and material comfort. The fall of the wall made us feel like we were part of the winning side of history. We focused on our own development, we traveled, and we shopped. We cruised. All the while overlooking that forces were gathering that were aimed at undermining the world that we had come accustomed to. It is not quite clear what should be seen as the first blow. The failure of democracy and free markets in Russia, the terrorist attacks of 9/11, the financial crises, the Euro crises? It was surely time to realize that something was off when Brexit came along. If the last 25 years have taught us anything then it must be that our democracies are not the default state, rather, they are the exception. They require constant and delicate care. If not tended to they whither and die.

I march because I want to stop being silent. Women’s rights are under pressure, the European Union continues to be in trouble, and our democracy is struggling to handle the resurgent populist right. It is time to stand up and say: enough. This far and no further. This is our country and we take it from here.

I also march to protest the new President. I think that this person should not be anywhere near the White House. By drawing one cartoon a day (see them all here) in the run-up to the election I tried to express why I thought he is not qualified to be President. I still do not think that he is qualified. I think that he is a sexist, racist, self-absorbed, liar who knows very little about the world. The fact that he is now in charge of the nuclear arsenal makes me shiver. He was elected without winning the popular vote. A large crowd might remind him that his mandate is paper thin. Let us register our opposition. Let us be vocal.

A large crowd might remind him that his mandate is paper thin.

I experienced the election as a deeply depressing moment. I imagine that I was not alone in feeling this way. I also march to be in the vicinity of like-minded people. Marching with thousands of people takes away many of the dark thoughts that this election has created in me. Together we might just be able to turn this thing around again.

Let me end on a positive note. At the women’s march here in Frankfurt I took two pictures of two couples (the rest of the pictures can be found here). The first one is of a man and a woman embracing:

The second one is of two women embracing each other:

I march because I want to live in a world where it is understood that both of these embraces are expressions of love. I march because of want to be on the side of love.