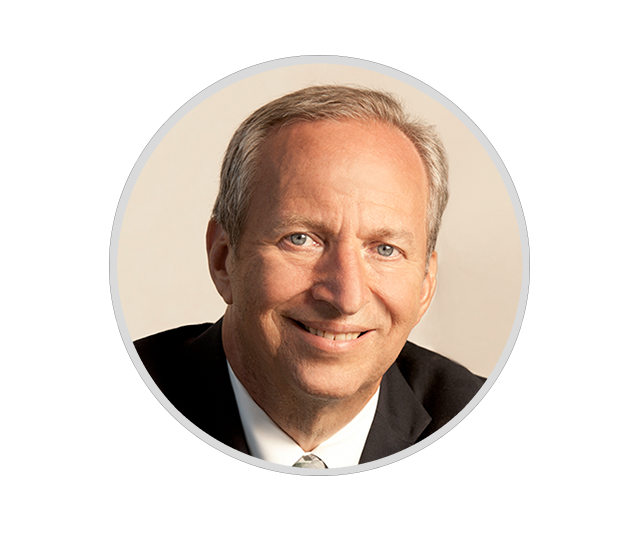 Larry Summers has taken it upon himself to function as the gatekeeper to the political establishment. If an outsider achieves a position of influence or power Larry arranges a meeting and gives him or her the speech. In it, he presents the newcomer with a choice. Here is how Elizabeth Warren recounts the speech in her book „A Fighting Chance“:

They don’t criticize other insiders.

[…] I had a choice. I could be an insider or I could be an outsider. Outsiders can say whatever they want. But people on the inside don’t listen to them. Insiders, however, get lots of access and a chance to push their ideas. People—powerful people—listen to what they have to say. But insiders also understand one unbreakable rule: They don’t criticize other insiders.
I had been warned. […]

And here is the speech again. This time it was given to Yanis Varoufakis, who had just become Greece’s finance minister during the Euro crises. In his new book „Adults in the Room“ he describes the encounter as follows:

[…] There are two kinds of politicians,’ he said: ‘insiders and outsiders. The outsiders prioritize their freedom to speak their version of the truth. The price of their freedom is that they are ignored by the insiders, who make the important decisions. The insiders, for their part, follow a sacrosanct rule: never turn against other insiders and never talk to outsiders about what insiders say or do. Their reward? Access to inside information and a chance, though no guarantee, of influencing powerful people and outcomes.’ With that Summers arrived at his question. ‘So, Yanis,’ he said, ‘which of the two are you?’ […]

There is a value in Summer’s point. To let insiders pick who is an insider, is the hallmark of professionalism. It ensures that only seasoned and well trained people are heard by those in power. Professionalism stabilizes the system; any system. Good advice is given by those people, who have given good advice before and it is also these people, that choose the next generation of insiders.

Given the two examples above, it is clear, though, that there are situations where the monopoly power, that insiders enjoy, can itself be the problem. In the case of Elizabeth Warren, the insiders were the mainstream economists who had pushed for a diminished role of the state, who had argued that the problem of recessions had been solved, and who were enamored by the great moderation, a time of reduced volatility preceding the economic crises. A very prominent figure among these economists was, of course, Larry Summers himself. In his role as treasury secretary he oversaw changes that proved disastrous during the crises; among them, the changes to the Glass-Steagall act.

In this situation it is clear that Larry’s speech describes a system that actually made the situation worse. If people in power only listen to the insiders and the insiders are beholden to a point of view that turns out to be wrong, then people will end up making wrong decisions.

The example of Yanis Varoufakis is of the same kind. The insiders in this case consisted of the troika: the European Commission, the European Central Bank, and the IMF. Under the strong influence of the German government these three institutions had determined, that the only way for Greece to regain its strength was a dose of tough love. If you are in debt you have to save, they said, and there is no way around it. This was the guiding principle that led to ever more drastic cuts to Greece’s expenditures. The consequences were just as drastic. Unemployment rose to staggering levels, the economy shrunk, and of course the savings were nowhere to be found. If the state does not have any income it can not save. Instead of recognizing the error of their ways the troika saw this as an indication that further cuts were required. Greece, still, has not recovered from this vicious cycle. Yanis Varoufakis was an outsider who pointed out, that the prescribed medicine could not possibly work. In fact, it was threatening the European project as a whole.

Again, it was the absence of outside voices that made the situation worse. Insiders created a spiral of misery and it is still unclear if Europe will emerge from it intact.

The insider problem arises in politics, but it is not confined to it but the price, that one has to pay, is always the same. A certain point of view is defended and followed until the gulf between it and reality becomes so large that only a dramatic readjustment can resolve the contradictions. In politics, this readjustment might come in the form of a revolution, a war, or a market crash. In science, it is a new theory.