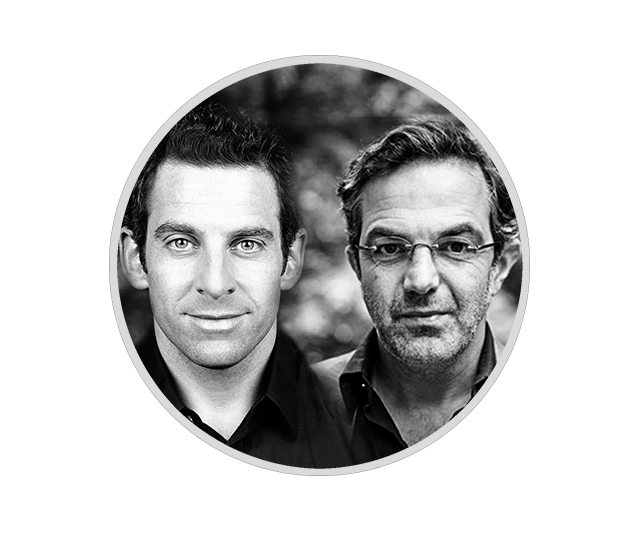 There are sentences that should never be followed by the word “but”. The sentence, “… we are not at war with all (or even most) Muslims.”,  is most certainly one of them.

Why does Sam Harris think, that such a conversation is needed? What does he think, are the questions facing a Muslim today? Let us look at a number of quotes. Sam starts the discussion with this statement:

Islam isn’t a religion of peace

[…] The problem is that moderates of all faiths are committed to reinterpreting, or ignoring outright, the most dangerous and absurd parts of their scripture – and this commitment is precisely what makes them moderates. But it also requires some degree of intellectual dishonesty, because moderates can’t acknowledge that their moderation comes from outside the faith. The doors leading out of the prison of scriptural literalism simply do not open from the inside. […]

[…] These fundamentalist readings are, almost by definition, more complete and consistent – and, therefore, more honest. […]

[…] This is why the approach of a group like the Islamic State holds a certain intellectual appeal (which, admittedly, sounds strange to say) because the most straightforward reading of scripture suggests that Allah advises jihadists to take sex slaves from among the conquered, decapitate their enemies, and so forth. […]

So, here is Sam’s argument. It all starts with equating Islam with its sacred text, the Quran. Sam thinks that if you want to know about Islam, all you have to do is to pick up the Quran and read it. Having done that, Sam sees a fundamental problem. The text lends support to all the violent excesses, that are associated with radical Islam, and thus, Sam thinks, every Muslim faces a binary choice: either be intellectually dishonest and ignore parts of the text or become a radical. Fraud or fighter, those are the choices.

Fraud or fighter, those are the choices.

In the same volume that these quotes are taken from we can also find the replies of Maajid Nawaz. Instead of giving his answers, although they are interesting, I am going to focus on Navid Kermani, a German author born to Iranian parents. His writing is in German and very little of his work has been translated into English. Navid is well known in Germany, his books are widely read, and his work has been recognised with the prestigious Friedenspreis des Deutschen Buchhandels (Peace prize of German book dealers).

Navid deals with arguments like Sam’s in an essay entitled Der Koran und die Gewalt (The Quran and violence) that is published in Wer ist Wir? (Who is We?). Navid starts by decrying what he calls sura ping-pong; the back and forth of quotations from the Quran that are supposed to prove that Islam is either a religion of hate or a religion of peace. This practice, he argues, does not reveal much about the Quran or about Islam. In particular, he stresses, it is important to look at the different passages of the Quran in their historic context. Violent parts of the Quran often have their origin in a time, when the young islamic community was under threat. Violence became a matter of survival and had to sanctioned. This is what these passages do. These are important remarks but they will always leave the door open to the kind of conclusion that Sam is drawing. Just read some more books on the early history of Islam and you will know whether Islam is peaceful or not. That is why Navid’s next point is the more important one. He says that Islam is more than what is contained in the Quran. To see what he means, let us look at one of Sam’s statements quoted above:

[…] moderation comes from outside the faith […]

In order to make this claim, Sam sneaks in an assumption. He has to equate the faith with what is written in the Quran. Navid’s point is that this precisely wrong. You must not reduce Islam to the Quran. For many subjects it is a good idea to focus on the basic texts. In the sciences it is true that you can know almost anything about a subject if you just study the basic texts. Start with a book on Newtonian mechanics, proceed to electrodynamics, add some quantum mechanics, and, soon enough, you can call yourself a physicist. Sam approaches religion in much the same way. Read the basic texts,  do it with some diligence, keep an open mind, and you’ll know about the religion. Navid disagrees. His point is that a faith is about the faithful. He points beyond the library and highlights the importance of the people that actually practice the faith. Faith is what the faithful do. It is important that large communities of Muslims ignore those parts of the Quran that Sam Harris is focusing on. The act of ignoring these parts in their sermons, in their teachings, and in their actions is part of the faith. It is a part that is no less important than what is written in the Quran. The conclusion that Sam seems to be so proud of, namely that moderation can only come from outside the faith, only works because his boundaries of the faith are far too narrow. To paraphrase Daniel Dannett, Sam’s fellow atheist, if you only make faith small enough, you can externalise anything.

If you want to make civilisations clash, this is a great way of achieving it.

Dialogue is welcome and important but it matters how the dialogue is framed. Sam starts with the proclamation that Muslims can either be liars or extremists. Given this conclusion, he thinks that we have to convince Muslims to be liars. Few Muslims will want to join a discussion on these terms. Sam will notice this reticence and take it as a sign that Muslims, as a whole, are not willing to look at their faith critically and join an open and fair discussion. If you want to make civilisations clash, this is a great way of achieving it. One side is convinced, it has made a rational argument and extended a hand, while the other side is offended before a discussion even got started. The clash is inevitable.

Fortunately for us, it does not have to be this way. The argument, that let Sam to pose his question the way he did, was flawed. It rested on an understanding of faith, that was entirely too narrow. A faith is more than its sacred text and if he were to engage with actual followers of the faith, he would know that. So, no, we are not at war with the Muslim world and there is no „but“ required.

2 thoughts on “Sam, Navid, & how to make civilisations clash.”